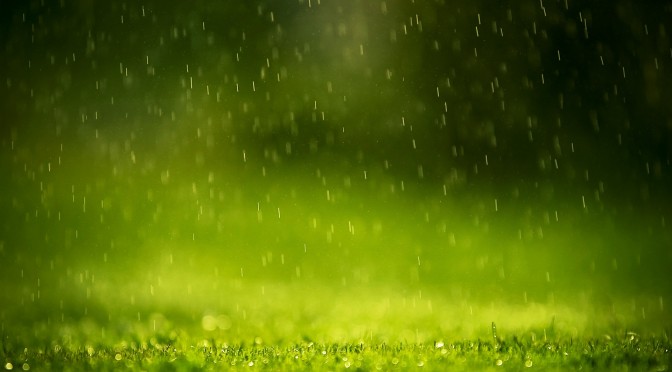 In the first installment of this two part series, we examine the factors that are influencing how individuals, major corporations, and other countries, are rethinking the most basic, yet vital resource of all, water. In part two, we take a detailed look at an increasingly popular alternative to the municipal water system, Rainwater Harvesting. Part two further explores the pros and cons, basic components, and key factors to consider in designing a rain water harvesting system.

Water. Its something most of us take for granted. Turn on the faucet to the desired mix of hot and cold fresh clean water and have a drink, wash the car, water the lawn, or do the laundry. But today’s headlines are beginning to offer a foreshadowing of things to come. A recent study reports that over the past five years, municipal water rates have increased by an average of 27 percent in the United States, 32 percent in the United Kingdom, 45 percent, in Australia, 50 percent in South Africa, and 58 percent in Canada.’

Traditionally the cost of water delivered to the consumer was determined by three factors: 1) the cost to transport the water from it’s source, 2) the cost of treatment to remove contaminants, and 3) the total demand versus the available supply of water. So in the words of that famous gardener, Bugs Bunny, “What’s all the hubbub, bub?”

Here in Texas, water ownership rights vary depending on weather the water is groundwater or surface water. Groundwater is water found beneath the earth’s surface and is the property of the owners of the land under which it lies. Groundwater may be used or sold as private property. Texas courts have ruled that a landowner has the right to capture for use or sale all the water that they want to from under their land regardless of the effect this may have on the wells or water under adjacent properties. This law has often been called “the law of the biggest pump.” Whoever has the biggest pump, and the deepest well gets the water while the shallower wells go dry.

Once surface water flows into a clearly defined waterway, it becomes the property of the state and anyone wishing to use this water must file for a “water right” permit with the state.

More and more, the rights to water, which has traditionally been considered a public resource under public domain, are being sold to private companies. Newsweek reports that two companies have purchased the rights to transfer 3 billion gallons of water a year from a lake in Sitka, Alaska. The ‘water will be siphoned into the kind of tankers normally reserved for oil—and shipped to a bulk bottling facility near Mumbai.’ T. Boone Pickens, the famous oilman, states that ‘water is the new oil’ and has spent over $100 million dollars to purchase 68,000 acres of land and the rights to the water under it in Texas.

Merriam-Webster defines a commodity as an economic good, something useful or valued, an article of commerce especially when delivered for shipment. Water has indeed gone from being a public resource to a commodity that is sold to the highest bidder. Profit margin has now been added to the very top of the list of the factors determining the cost of water to the consumer. With the worldwide increase in demand, and the cost to maintain and repair our water delivery and treatment infrastructure built in the early 1900’s, you can begin to see the reason for those rising water rate headlines.

Does this all mean that the next time you turn on the kitchen faucet, nothing but a puff of dust will come out, and poor old Rover will be left with just an empty water bowl, a sad look on his face, and if he is not already too dehydrated a little puppy tear dripping from the corner of his eye. No, probably not. But, if you have not yet given any thought to Rainwater Harvesting, maybe now is a good time to learn more about it.

One thought on “Rainwater Harvesting: Reasons to Consider”