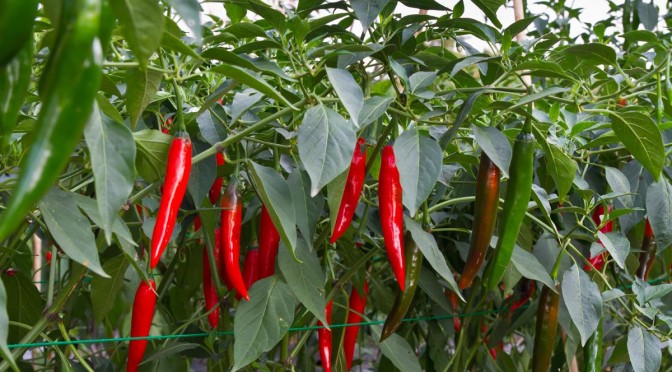 (BPT) – Do you love the snap that chili peppers give to your food? Are you a fan of the heat they impart to a variety of dishes? Even if you’re not, you may want to take another look at the humble chili pepper. From migraine relief to weight control, researchers are verifying what some cultures have known for centuries: the chili pepper and its key constituents, like capsaicin, deliver a host of health benefits.

Here are just some of the ways chili peppers are helping to fight some of the country’s most common health conditions:

Migraine Relief
The World Health Organization recognizes migraines as one of the most prevalent and debilitating conditions in the world. More than 36 million Americans live with migraines, and up to a third or more (approximately 12 million) of them are not receiving optimal treatment. Medications may cause side-effects, do not always work or work only partially for some patients, react badly with other medications, can be expensive or not covered by insurance. For any or all of these reasons, there remains a significant unmet need in the world of migraine relief – famine for some amid plenty.

Pharmaceutical companies are working on medicines that rely on capsaicin pathways to prevent migraines, Bloomberg News reports. A non-prescription, homeopathic remedy, Ausanil, is already commercially available. Formulated using the raw extract of the chili pepper, capsicum annuum, the remedy is used to rapidly relieve migraines and severe headaches such as cluster headaches and tension headaches. Because it acts locally in the nose, Ausanil doesn’t interact with other medications and does not cause stomach or liver issues that are associated with commonly used OTC pain relievers.

“When you see a patient time and time again and nothing seems to give them relief, or they’re limited on treatments due to drug-drug interactions or notable side effects, it can be a very frustrating and heartbreaking process,” says Dr. Maria Alexianu, of the Atlantic Neuroscience Institute at Overlook Medical Center in Summit, New Jersey. “It’s vital to offer new options to patients who are still searching for pain relief and are continuously incapacitated in their daily life.”

Weight Control
Obesity is also a worldwide issue, making effective weight-control remedies a priority for health advocates around the world. Science Daily reports that University of Wyoming researchers are investigating capsaicin as a weight-control supplement.

Researchers believe the chili pepper constituent may help boost metabolism by inhibiting cells that store fat and encouraging the type of cells that turn fat into energy.

Cancer Treatment
Multiple studies aim at exploring the effect of capsaicin on cancer cells. One notable investigation from Marshall University found evidence that the compound inhibited the growth of lung cancer tumors through an animal-based study, according to the American Institute for Cancer Research. In another study, researchers at Nottingham University in the United Kingdom also found that capsaicin killed cancer cells without harming healthy cells in cultures of human lung and pancreatic cancer cells.

Fighting Diabetes
About 30 million Americans live with diabetes, and the disease is the seventh-leading cause of death in the U.S., according to the American Diabetes Association. While multiple medicines are available to treat diabetes, many people still find it difficult to control the disease. A study published in the American Journal of Clinical Nutrition found that eating chili peppers as part of a regular, healthy diet, could help control diabetes.

Natural Nutrition
Chili peppers also deliver health benefits beyond medicinal ones. The peppers are highly nutritious, delivering a punch of nutrients that are also associated with better health, including vitamins A, C and B-6, iron, copper and potassium.

If you’re a fan of hot foods, the health benefits of chili peppers are icing on the cake when you dine on your favorite spicy fare. If you’re not a fan of spicy foods, however, don’t give up on the health benefits. Many of the natural remedies under development lack the heat associated with chili peppers. And even those that do pack some heat appear to be worth the minor discomfort; the vast majority of migraine sufferers who use Ausanil, for example, report the fast relief outweighs the temporary sting associated with the treatment.