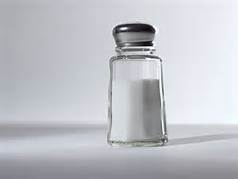 (ARA) – Paul T. Meagher sometimes gets disapproving stares when people see him sprinkle his food with salt as he has done since he was a young lad growing up in Ireland. He has a response for such people.

“I tell them you can take my blood pressure right now, or we can have a run around the block, and I guarantee you I’m in better shape than you,” said Meagher, 68, who now lives in Westport, Mass. “I’m fit, at least for my age, and I use salt every day in volume. Hasn’t done me a blind bit of harm, which is the way we put it from where I come from.”

Recent research quantifies Meagher’s experience. In 2011, half a dozen medical studies showed the health benefits of salt or revealed the significant risks of low-sodium diets — providing vindication for this essential nutrient and the people, like Meagher, who love it.

“The vindication of salt is probably the biggest health and nutrition story of the last year,” says Lori Roman, president of the Salt Institute. “Everyone knows salt tastes good, but the latest research published in leading medical journals confirms that salt is good for you, too. The medical studies underline what we have been saying for years: science is on salt’s side.”

The new data raises questions about the federal government’s effort to put Americans on a low-salt diet. The Food and Drug Administration is inviting online public comments about ways to reduce sodium consumption. In the past, such invitations have foreshadowed the rollout of new regulations.

Iodized salt is table salt mixed with very small amounts of iodine. The ingestion of iodide prevents iodine deficiency. Worldwide, iodine deficiency affects about two billion people and is the leading preventable cause of mental retardation. Lack of iodine in your diet can also cause thyroid gland problems, including endemic goiter, and hypothyroidism, a condition in which the thyroid does not produce enough hormone.

Iodine is a micronutrient that is naturally present in the food supply in many regions. However, where natural levels of iodine in the soil are low and the iodine is not taken up by vegetables, iodine added to salt provides the small but essential amount needed by humans. According to Dr. Philip G. Young, author of “Thyroid Guardian of Health.” Iodized salt is an important component to the American diet because much of the soil in the United States is deficient in iodine.

Type 1 Diabetes risk: In a study of patients with type 1 diabetes, low sodium intake was associated with renal disease and premature death.

Type 2 Diabetes risk: In an Australian study of type 2 diabetes patients, lower sodium was associated with increased risk of death from cardiovascular disease.

No benefit to salt reduction: A study published in the American Journal of Hypertension showed eating less salt will not prevent heart attacks, strokes or early death. On the contrary, low-sodium diets increase the likelihood of premature death.

Risk of death: A study published in the Journal of the American Medical Association concluded that lower salt intakes resulted in higher death rates.

Other negative effects of low-salt intakes: An analysis published in the American Journal of Hypertension showed individuals placed on the U.S. Dietary Guidelines-recommended salt levels experienced significant increases in cholesterol and other risk factors for diabetes and cardiovascular disease.

Risk with current U.S. Dietary Guidelines: An analysis published in the Journal of the American Medical Association showed that people who ate salt at the levels recommended by the U.S. government were at greater risk of cardiovascular events.

The research has prompted new scrutiny of the government’s attempts to put all Americans on a low-salt diet. Scientific American reviewed medical studies over several decades and concluded in a headline: “It’s time to end the war on salt.” The respected magazine also said, “The zealous drive by politicians to limit our salt intake has little basis in science.”

Meagher remembers when the federal government told him eggs could be bad for his health. He ignored that advice, too.

“I would rather the federal government stay well away from my kitchen altogether,” Meagher says. “I will continue to eat my boiled eggs from an egg cup, with an egg spoon, and with plenty of salt.”

2 thoughts on “Health Story of the Year: Salt Vindicated”